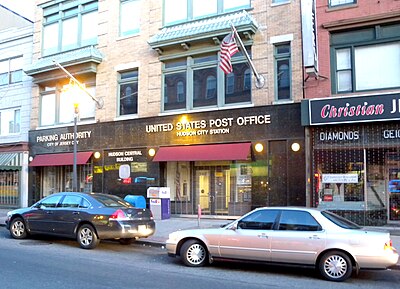 Hudson was a city that existed in Hudson County, New Jersey, United States, from 1855 to 1870 when it became part of Jersey City.

Hudson Town, a predecessor of Hudson City, was formed by an Act of the New Jersey Legislature on April 12, 1852, from portions of North Bergen Township.

Hudson City itself was incorporated on April 11, 1855, from portions of Hudson Town and North Bergen Township.

On May 2, 1870, both Hudson City and Bergen City were annexed by Jersey City. The former Hudson City is now The Heights section of the city.