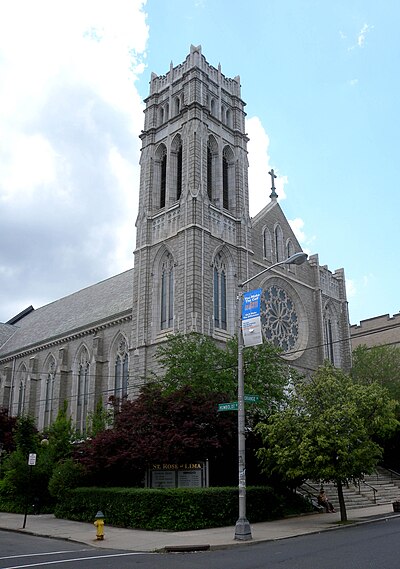 Roseville is an unincorporated community and neighborhood within the city of Newark in Essex County, New Jersey, United States. It borders Bloomfield and East Orange. To the neighborhood's immediate east is the Newark City Subway and Branch Brook Park. Roseville is divided into Upper Roseville north of 3rd Ave and Lower Roseville south of 3rd Ave.

Originally called "Rowesville," Roseville was farmland at the time of the Civil War, but during the conflict most of the area was turned into Union Army training and camping grounds. Residential development began with the construction of Newark's first streetcar line in 1862, and expanded greatly in the 1880s. Growth was also spurred by the Delaware, Lackawanna, & Western Railroad, which maintained a train station in Roseville for many years (closed in 1982 by New Jersey Transit). For generations, Roseville received Newarkers who had acquired the prosperity to leave the crowded tenements of the Ironbound and the central part of the city.

At the turn of the century, the northern section of the district was predominantly Irish-American, but the rest of the neighborhood was not associated with any single ethnic group. Most of the residents, however, were Catholic and St. Rose of Lima Church was an important part of neighborhood life. In the 1950s and 1960s, the proportion of African American residents increased. However, since the 1970s, increasing numbers of Hispanic families have moved into the neighborhood, hailing from Puerto Rico, Dominican Republic and various Latin American mainland countries.

From 1929 to 1964 Roseville was Newark Academy's third home. The school had a large campus on First Street, between Seventh Avenue and Orange Street. The building was torn down in 1965 and replaced by apartments.

Roseville has a tradition of community organization. In 1930 the citizens of Roseville founded the Roseville Community Council, the first grass-roots neighborhood improvement society in Newark. In the wake of the 1967 Newark civil unrest, the pastor of St. Rose of Lima Church, Monsignor William J. Linder, founded the New Community Corporation, a non-profit organization providing job training, housing and medical care.

The historic Roseville Presbyterian Church, incorporated in 1854, is located on Roseville Ave between I-280 and Sussex Avenue. It was originally started by middle class residents from nearby East Orange and is now a predominantly African American congregation.