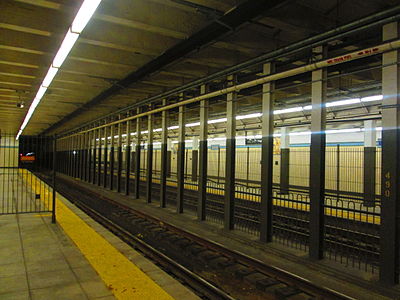 In 1910, the Public Service Corporation planned to build two subway lines meeting at Broad Street (now Military Park). An additional north–south line would have connected Bridge Street to the north with Clinton Avenue near The Coast/Lincoln Park neighborhood near Lincoln Park. The proposed second segment of the Newark-Elizabeth Rail Link (NERL) together with the first segment, the Newark Light Rail would service this area. The existing Newark City Subway Line was built in the old Morris Canal bed with construction beginning in 1929 and service starting on the line on May 26, 1935.

These attractions are less than a half mile from Military Park station and not served by a closer station:

Connections are available to the following lines: