United States District Court for the District of Hawaii 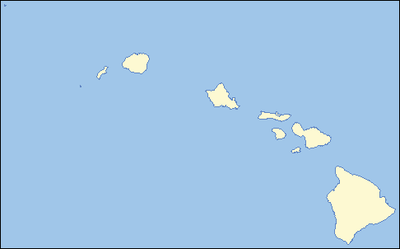 When the Territory of Hawaii was formed in 1900, jurisdiction was placed in the Ninth Circuit. On March 18, 1959, when the District of Hawaii was formed, the district had two judgeships for the court. On July 10, 1984, a third judgeship was added, and a fourth was added on December 1, 1990.

Chief judges have administrative responsibilities with respect to their district court. Unlike the Supreme Court, where one justice is specifically nominated to be chief, the office of chief judge rotates among the district court judges. To be chief, a judge must have been in active service on the court for at least one year, be under the age of 65, and have not previously served as chief judge. A vacancy is filled by the judge highest in seniority among the group of qualified judges. The chief judge serves for a term of seven years or until age 70, whichever occurs first. The age restrictions are waived if no members of the court would otherwise be qualified for the position.

When the office was created in 1948, the chief judge was the longest-serving judge who had not elected to retire on what has since 1958 been known as senior status or declined to serve as chief judge. After August 6, 1959, judges could not become or remain chief after turning 70 years old. The current rules have been in operation since October 1, 1982.

Prior to 1959, the United States District Court for the District of Hawaii was an Article IV tribunal in the Territory of Hawaii. The following is a partial list of Judges for that court.

"Recorder of Deeds" for the Territory of Palmyra Island

Since 1962, the court's clerk has filed or recorded the deeds and other land title documents for land located in the federal Territory of Palmyra Island, under 48 U.S.C. § 644a, Executive Order No. 10967 and Order No. 2862 of the Secretary of the Interior.

United States District Court for the District of Hawaii