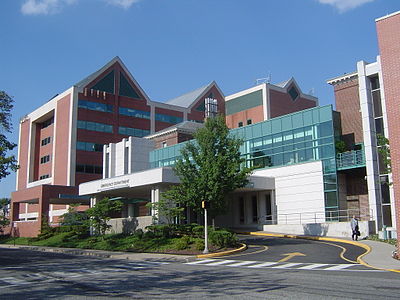 In the summer of 1890, Margaret Jane Merewether Power of Montclair came upon a small child who had fallen from a third story window, and was in need of serious medical attention. Upset at the fact that there was no nearby health care facility, Mrs. Power called upon other ladies in her social circle, and vowed to work toward a solution to the problem. In 1891, a three-story building was purchased and prepared to care for patients. Dr. John J.H. Love was named the first President of the Medical and Surgical Staff of "The Mountainside Hospital". The word "The" was later dropped from the hospital's formal name, making it simply "Mountainside Hospital".

On the American television drama series The Sopranos, A.J. Soprano is placed in the psychiatric ward at Mountainside Hospital after he tries to drown himself in the family pool. Later, his father Tony Soprano gets a bill of $2,200 per day for warehousing his son at the mental health facility.