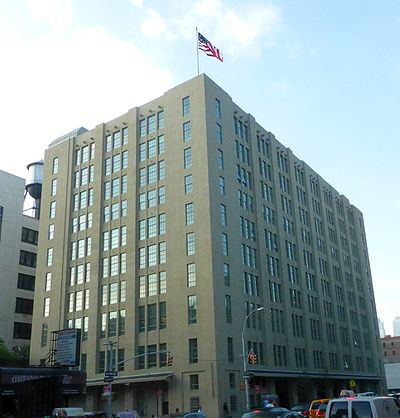 Avenues: The World School is an international system of for-profit private schools for pre-K-12th grades. The first campus opened in September 2012 in New York City in the neighborhood of Chelsea. Avenues plans to open 20 or more campuses in other cities around the world over the next decade. The system is planned to be an integrated "learning community" with a shared vision, curriculum, technology, professional development of faculty and oversight by a centralized headquarters.

Avenues was founded by Benno C. Schmidt, Jr., former President of Yale University, Chris Whittle, an entrepreneur in media and education who had previously founded Edison Schools, and Alan Greenberg, who had been publisher of Esquire magazine. In 2015 Whittle left Avenues and would later found Whittle School & Studios.

Prior to opening its New York campus in 2012 the company raised 85 million dollars (93 million in present day value). The New York campus opened after a 60 million dollar renovation of a building originally designed by Cass Gilbert. The school opened with 12 of its planned 15 grades for the 2012–2013 school year, including all grades between nursery and ninth grade. The 10th, 11th and 12th grades were added over the subsequent three years. Avenues' first graduating class was in spring 2016. The school was unusual among New York City private schools in offering a binding early admission option.