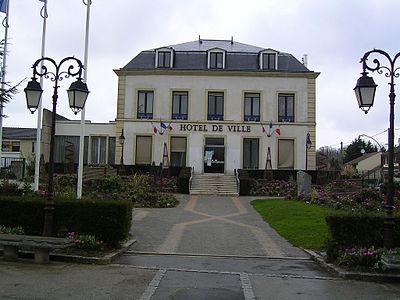 Montfermeil (French pronunciation: [mɔ̃fɛʁmɛj] (listen)) is a commune in the eastern suburbs of Paris, France. It is located 17.2 km (10.7 mi) from the center of Paris.

Montfermeil is famous as the location of Thénardiers' inn in Les Misérables. It has made the headlines due to troubles in its social estate called "les Bosquets".

Montfermeil at one time had the head office of Titus Software.

Montfermeil is served by two stations of the Paris Métro, RER, or suburban rail network. The closest stations are Le Raincy-Villemomble-Montfermeil and Le Chénay-Gagny.