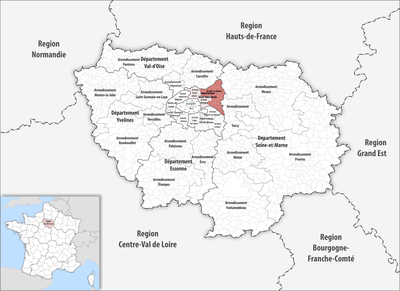 The communes of the arrondissement of Le Raincy, and their INSEE codes, are: