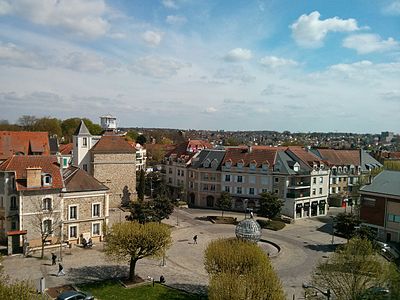 Villiers-sur-Marne (pronounced [vilje syʁ maʁn]) is a commune in the eastern suburbs of Paris, France. It is located 14.8 km (9.2 mi) from the center of Paris.

The commune of Villiers-sur-Marne is part of the sector of Porte de Paris, one of the four sectors of the "new town" of Marne-la-Vallée.

There are seven preschools and seven elementary schools.