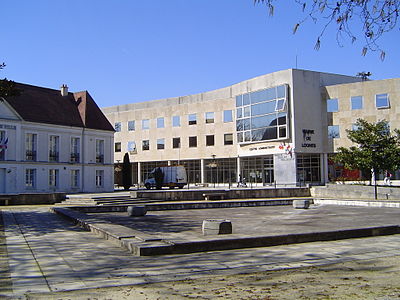 Lognes is a community in the eastern suburbs of Paris, France. It is located in the Seine-et-Marne department in the Île-de-France 20.7 km (12.9 mi) from the center of Paris.

The community of Lognes is part of the Val Maubuée sector, one of the four sectors in the "new town" of Marne-la-Vallée.

The inhabitants are called the Lognots.

Lognes has the highest proportion of Asians of any town in France, over 40% of the population being of Asian descent, almost exclusively being or having ancestry from the former colonies of French Indochina (Cambodia, Laos, and Vietnam). Ethnic business districts and community associations serving the Asian population are found throughout the city, in contrast to the circumstances coming from quick assimilation often characteristic of the Vietnamese, Laotian, and Cambodian populations in France.

Lognes is served by Lognes station on Paris RER line A.

The town has the following primary school groups (preschool and elementary school):