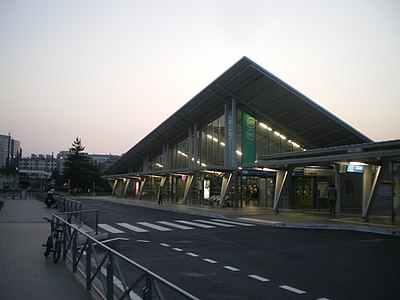 The station is in the Mont d'Est district of Noisy-le-Grand, under Les Arcades department store. One can walk from the station to the mall without going outside. It opened in 1977 as RER line A was officially created.

During the 1990s, a SK people mover was supposed to link the station and office blocks, but the project failed. However, the line was created and the ghost station still exists.

Noisy-le-Grand–Mont d'Est is served by RER line A. The average waiting time for trains to Paris and Marne-la-Vallée–Chessy is 10 minutes. During peak hours, some trains from Paris terminate there.

The station is served by RATP buses: