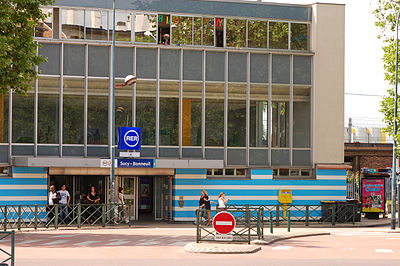 Sucy–Bonneuil is a railway station on RER train network in Sucy-en-Brie, Val-de-Marne, France.

Sucy–Bonneuil station used to be served by the Bastille railway line (Paris Bastille – Marles-en-Brie), which has been running from 1872 to 1969. It is now served by RER line A.

The station is also served by SITUS bus network: