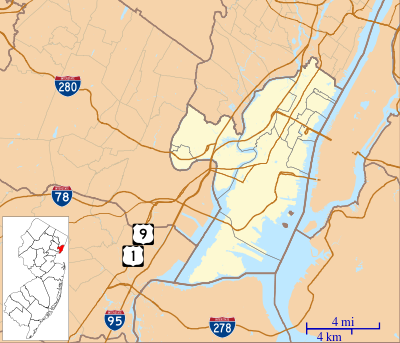 Saint Dominic Academy (SDA) is a private college-preparatory for girls in seventh through twelfth grades, located in Jersey City, in Hudson County, New Jersey, United States. The school, which is situated within the Roman Catholic Archdiocese of Newark, and is administered by the Dominican Sisters of Caldwell, New Jersey, has been accredited by the Middle States Association of Colleges and Schools Commission on Secondary Schools since 1991 and expires in May 2018.

The school was founded in 1878 by a community of nuns from New York, with the objective to educate children of immigrants, primarily German. On March 7, 1942, SDA moved to its present location on Kennedy Boulevard. In 1994, a new wing was open with new computer labs, science and language labs. The school celebrated its 135th birthday on October 23, 2013. In 2015, Saint Dominic Academy received a generous donation of a building located on Fairmount Avenue in Jersey City. This building was once the Jersey City Women's Club and is now known as Siena Hall, which opened in April 2016 and is used for school-related events.

Saint Dominic Academy is a member of the New Jersey Association of Independent Schools.

Certain minimum requirements have been established by the Middle States Association of Colleges and Schools and Saint Dominic Academy for graduation. These are expressed in terms of successful completion of specific courses and credits.

Physical education courses are conducted at Saint Peter's University located just a few blocks away from the high school. Students have use of the University's gym/athletic facilities including fitness center, basketball and tennis courts, jogging track, and a competitive swimming pool.

The school's interscholastic sports include:

SDA hosts a range of after-school clubs. These clubs consist of a moderator and an executive board made up of seniors (normally) and are elected by the fellow members of that club. It is encouraged to join as many clubs as possible by the school. Some of the clubs that are run are: