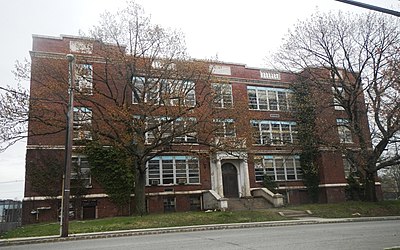 The district is classified by the New Jersey Department of Education as being in District Factor Group "CD", the sixth-highest of eight groupings. District Factor Groups organize districts statewide to allow comparison by common socioeconomic characteristics of the local districts. From lowest socioeconomic status to highest, the categories are A, B, CD, DE, FG, GH, I and J.

Schools in the district (with 2014-15 enrollment data from the National Center for Education Statistics) are:

Core members of the district's administration are: