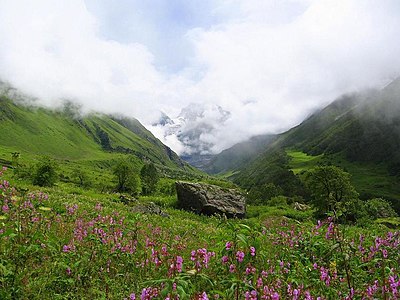 Further federal legislation strengthening protection for wildlife was introduced in the 1980s.

There are 106 existing national parks in India covering an area of 43,716 km2, which is 1.33% of the geographical area of the country (National Wildlife Database, Dec. 2020). In addition to the above, 75 other National Parks covering an area of 16,608 km2 are proposed in the Protected Area Network Report (Rodgers & Panwar, 1988).  The network of parks will go up 176 after full implementation of the above report.

According to the Indian Ministry of Environment & Forests, a national park is "[a]n area, whether within a sanctuary or not, [that] can be notified by the state government to be constituted as a National Park, by reason of its ecological, faunal, floral, geomorphological, or zoological association or importance, needed to for the purpose of protecting & propagating or developing wildlife there in or its environment. No human activity is permitted inside the national park except for the ones permitted by the Chief Wildlife Warden of the state under the conditions given in CHAPTER IV, WPA 1972".