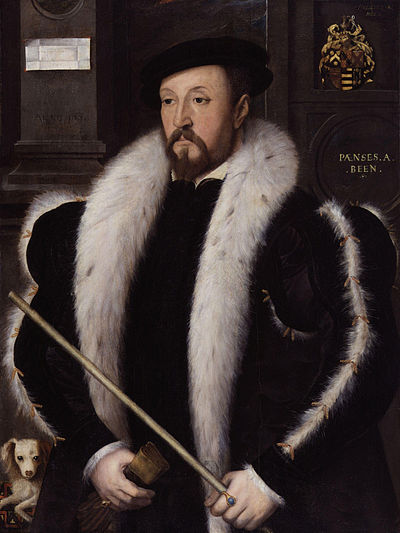 The Wentworths were originally from Yorkshire but a branch of the family had settled in Nettlestead, Suffolk in the mid-fifteenth century, where Wentworth was born. He was the eldest son of Sir Richard Wentworth, de jure 5th Baron le Despencer of the 1387 creation, and was a nephew of Margery Wentworth, the mother of Jane Seymour. His mother was Anne Tyrrell, the daughter of Sir James Tyrrell, the supposed murderer of the Princes in the Tower. He had two younger brothers, Philip and Richard, and five sisters, Anne, Elizabeth, Dorothy, Margery and Thomasine.

In 1523, Wentworth took part in Suffolk's failed invasion of France and was knighted by him. In 1529, he was also created Baron Wentworth in the Peerage of England. He was one of the peers who signed the letter to the pope in favour of Henry VIII's divorce from Catherine of Aragon. In 1536, he was present at the trials of Anne Boleyn and her brother, Lord Rochford and at those of Lord Montagu and the Marquess of Exeter in 1538.

In 1550, Lord Wentworth was appointed Lord Chamberlain to Edward VI and died the following year. His funeral was held at Westminster Abbey and he was buried in the abbey's Chapel of St John the Baptist. His title passed to his eldest son, Thomas.