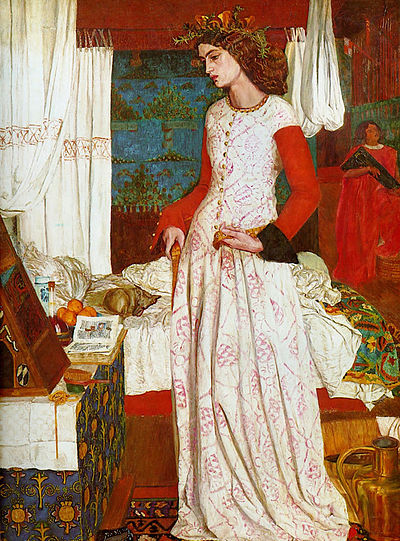 Jennifer, also spelled Jenifer or Jenefer, is a feminine given name, the Cornish form of Guinevere, that became popular in the English-speaking world in the 20th century.

"Jennifer" may mean "the fair one" (from Proto-Celtic “Windo-*sēbro ” (cognate with Old Irish síabar "a spectre, phantom, supernatural being [usually in pejorative sense]").A Cornish form, it is cognate with the Welsh form Gwenhwyfar and with the Old Irish Findabair. Despite the name's similarity to the Old English words "jenefer," "genefer," and "jinifer," these appear to be derived from the juniper plant used to flavor the beverage.

A common first name for females in English-speaking countries during the 20th century, the name Jennifer has been in use since the 18th century. Before 1906, the name was fairly uncommon, but it gained some recognition after George Bernard Shaw used it for the main female character in The Doctor's Dilemma. However, United Kingdom government statistics (covering England and Wales) only show the name first entering the top 100 most commonly used names for baby girls in 1934 – 28 years after the play was first staged, but it thereafter rose in popularity somewhat, peaking at No. 11 in 1984. Jennifer remained in the top 100 in England and Wales until 2005. It was ranked No. 166 in 2009.

In the United States, the name Jennifer first entered the annual government-derived list of the 1,000 most commonly used names for newborn baby girls in 1938, when it ranked at No. 987. Thereafter, the name steadily gained popularity, entering the top 100 most commonly given girls names in 1956 and breaking through into the top 10 in 1966. It gained even more popularity in the 1970s, possibly due to its use in the movie Love Story. Jennifer was the single most popular name for newborn girls in the United States every year from 1970 to 1984 (until 1985 in Delaware, Illinois and Massachusetts), inclusive. It dropped out of the top 10 in the United States in 1992 and out of the top 100 in 2009.