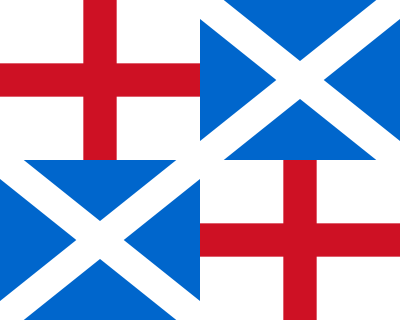 Richard resigned in May 1659 due to his inability to control either the Army or Parliament. He was replaced by the English Committee of Safety, which dissolved the Third Protectorate Parliament, and reseated the so-called Rump Parliament dismissed by Cromwell in April 1653. This marked the end of the Protectorate, with the Rump acting as the legislature and the English Council of State as the executive.

Since 1649 until the Protectorate, England, Ireland and later Scotland had been governed as a republic by the Council of State and the Rump Parliament. The Act declaring England to be a Commonwealth, which established England, together with "all the Dominions and Territoryes thereunto belonging", as a republic, had been passed on 19 May 1649, following the trial and execution of Charles I in January of that year. All of Ireland came under the same governance after the successful Cromwellian conquest of Ireland with the appointment of a Parliamentary military governor in Dublin. Scotland was invaded, subjugated and placed under an English military governor, who had been first appointed in 1651.

The process of placing the governance of Scotland on a more long-term constitutional footing began shortly after the defeat of the Scottish Royalists and Charles II at the Battle of Worcester. On 28 October 1651, the English Rump Parliament passed a declaration for union of the English and Scottish parliaments, but the process was not completed until an Act of Union was passed on 26 June 1657 (see Tender of Union).

On 20 April 1653, after learning that Parliament was attempting to stay in session despite an agreement to dissolve and having failed to come up with a working constitution, Cromwell, with the backing of the Grandees in the Army Council, marched soldiers into the debating chamber and forcibly ended the Rump's session.

Within a month of the Rump's dismissal, Oliver Cromwell, on the advice of Thomas Harrison and with the support of other officers in the Army, sent a request to Congregational churches in every county to nominate those they considered fit to take part in the new government. On 4 July a Nominated Assembly, nicknamed the "Assembly of Saints" or Barebone's Parliament after one of its members, took on the role of more traditional English Parliaments. However, it proved just as difficult for the Grandees to control and was in addition a subject of popular ridicule and so on 8 December, MPs who supported Cromwell engineered its end by passing a dissolution motion at a time of day at which the house usually had few members in attendance. Those who refused to recognise the motion were forcibly ejected by soldiers.

The collapse of the radical consensus that had spawned the Nominated Assembly led to the Grandees passing the Instrument of Government in the Council of State, which paved the way for the Protectorate.

After the dissolution of Barebone's Parliament, John Lambert put forward a new constitution known as the Instrument of Government, closely modelled on the Heads of Proposals. It made Cromwell Lord Protector for life to undertake "the chief magistracy and the administration of government". He had the power to call and dissolve parliaments but was obliged under the Instrument to seek the majority vote of the Council of State. However, Cromwell's power was also buttressed by his continuing popularity among the army, which he had built up during the civil wars and subsequently prudently guarded. Cromwell was sworn in as Lord Protector on 16 December 1653.

Rule of the Major-Generals

The First Protectorate Parliament met on 3 September 1654, and after some initial gestures approving appointments previously made by Cromwell, began to work on a moderate programme of constitutional reform. Rather than opposing Parliament's bill, Cromwell dissolved it on 22 January 1655. After a royalist uprising, led by Sir John Penruddock, Cromwell, influenced by Lambert, divided England into military districts ruled by Army Major-Generals, who answered only to him. The fifteen major generals and deputy major generals, called "godly governors" were central not only to national security but also to Cromwell's moral crusade. The generals supervised militia forces and security commissions, collected taxes and ensured support for the government in the English provinces and in Wales. Commissioners for securing the peace of the commonwealth were appointed to work with them in every county. While a few of the commissioners were career politicians, most were zealous Puritans who welcomed the major-generals, with open arms and embraced their work with enthusiasm. However, the major-generals lasted less than a year. Many feared that they threatened their reform efforts and authority. The major-generals' position was further harmed by a tax proposal by Major General John Desborough to provide financial backing for their work, which the Second Protectorate Parliament, instated in September 1656, voted down for fear of a permanent military state. Ultimately, however, Cromwell's failure to support his men by sacrificing them to his opponents caused their demise. Their activities between November 1655 and September 1656 had, however, reopened the wounds of the 1640s and deepened antipathies to the regime.

During this period, Oliver Cromwell also faced challenges in foreign policy. The First Anglo-Dutch War, which had broken out in 1652, against the Dutch Republic, was eventually won by Admiral Robert Blake in 1654. Having negotiated peace with the Dutch, Cromwell then proceeded to engage the Spanish Empire in warfare through his Western Design. That involved secret preparations for an attack on the Spanish colonies in the Caribbean and resulted in the invasion of Jamaica, which then became an English colony. The Lord Protector became aware of the contribution the Jewish community made to the economic success of the Netherlands, now England's leading commercial rival. Allied to Cromwell's toleration of private worship of non-Puritans, that led to his encouragement of Jews to return to England, 350 years after their banishment by Edward I, in the hope that they would help speed up the recovery of the country after the disruption of the Civil Wars.

In 1655 a crypto-Jew known as Simón de Casseres proposed to Cromwell a plan to take over Spanish-rule Chile with only four ships and a thousand men. However English plans to engage in Chile came into fruition only in 1669, with John Narborough's expedition.

After the Battle of the Dunes (1658), the town of Dunkirk was awarded by France to the Protectorate. It would be sold back to France by Charles II in 1662.

In 1657, Oliver Cromwell was offered the crown by Parliament as part of a revised constitutional settlement. That presented him with a dilemma since he had been instrumental in abolishing the monarchy. Cromwell agonised for six weeks over the offer. He was attracted by the prospect of stability that it held out, but in a speech on 13 April 1657, he made it clear that God's providence had spoken against the office of king: “I would not seek to set up that which Providence hath destroyed and laid in the dust, and I would not build Jericho again".

Instead, Cromwell was ceremonially reinstalled as Lord Protector, with greater powers than had previously been granted him under this title, at Westminster Hall. He sat upon King Edward's Chair, which had been specially moved from Westminster Abbey for the occasion. The event in part echoed a coronation by using many of its symbols and regalia, such as a purple ermine-lined robe, a sword of justice, a sceptre and an ermine-lined coronet but not a crown or an orb. However, a crown and an orb were present on the lord protector's seal. However, most notably, the office of Lord Protector was still not to become hereditary though Cromwell was now able to nominate his own successor. Cromwell's new rights and powers were laid out in the Humble Petition and Advice, a legislative instrument that replaced the Instrument of Government. Cromwell himself, however, was at pains to minimise his role by describing himself as a constable or watchman. However, Cromwell "had never gained the willing consent of the nation", and the Protectorate relied on armed force.

After Oliver's death in September 1658, his third son, Richard Cromwell, succeeded as Lord Protector. The impression of strength and durability of the Protectorate when Richard succeeded proved deceptive; the lack of unity would destroy the Protectorate.

Richard sought to expand the basis for the Protectorate beyond the army to civilians. He summoned a Parliament in 1659, but the republicans engaged in "endless obstruction and filibustering", attacked the "quasi-monarchal" aspects of the Protectorate and "condemned Oliver's rule as a period of tyranny and economic depression". Both father and son were seen as leading a tyrannical government of the "Sword", in diametric opposition to a "Civil" government with a free parliament.

Three things undermined the Protectorate: the "anxieties of the army, the irresponsibility of the Parliament and the rashness of Richard Cromwell". What ultimately prevented the retention of the Protectorate was the opposition of the "junior officers" and "many of the common soldiers".

Richard had proved that he could neither manage the Parliament nor control the army. On 7 May, a Committee of Safety was formed on the authority of the Rump Parliament, displacing the Protector's Council of State, and was in turn replaced by a new Council of State on 19 May 1659. "Richard was never formally deposed or arrested, but allowed to fade away. The Protectorate was treated as having been from the first a mere usurpation".

After Richard Cromwell was removed from power by the Grandees of the New Army, the Rump Parliament was instated and soon after was replaced by the Committee of Safety and Council of State under the authority of Charles Fleetwood. The Committee of Safety then ordered General John Lambert to meet George Monck, the commander of English forces in Scotland and a royalist sympathizer, to force Monck's submission or defeat. Monck instead marched south. As Lambert's army marched north, his ranks began to dwindle and was ultimately forced to retreat back to London.

According to Derek Hirst, outside of politics and religion, the 1640s and the 1650s saw a revived economy characterized by growth in manufacturing, the elaboration of financial and credit instruments and the commercialization of communication. The gentry found time for leisure activities such as horse racing and bowling. In high culture, important innovations included the development of a mass market for music, increased scientific research and an expansion of publishing. All of those trends were discussed in depth at the newly-established coffeehouses.