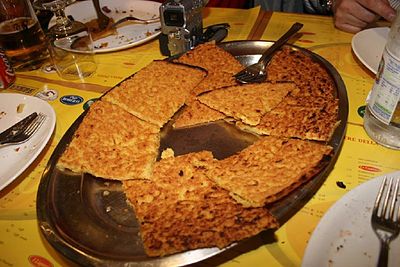 This is a list of chickpea dishes and foods that use chickpeas (also known as garbanzo beans) or chickpea flour (gram flour) as a primary ingredient.